2016 has been a great year for Fuel Your Photos. There have been ups and downs, but overall it has been a year that has proven to me that this is more than just a little project on the side. The community in the Facebook group and in other places online has become like family to me. I’ve learned more than I could have imagined this year, and met some amazing new people.

Let’s start with some numbers.

Total website visits: 32,202
Highest number of visitors in a single day: 404
Percentage of Mobile Visitors (including tablets): 41.68%
Percentage of Desktop Visitors: 58.31%
(This is a filtered view that eliminates most of the spam visits)

Visits from Google: 16,734
Top Performing Page: https://www.fuelyourphotos.com/instagram-hashtags-wedding-photographers/ (First on my list for an update in 2017!!)
(Clicks and Impressions for the past 90 days)

Email Subscribers Jan 1, 2016:   165
Email Subscribers Dec 31, 2016: 2525
Increase: 1,430%
YouTube Subscribers Dec 31, 2016: 96
Total Views on YouTube Videos: 3,631
Blog Posts Published: 15
Words in SEO Guide: 9,902
Overall I’m very happy with these numbers. They aren’t extraordinary for an education site, but they show solid growth. The numbers tell me that people are enjoying the content I am creating and that there is enough potential to keep moving forward. Some of the numbers grew much faster than I expected (like the Facebook Group) and others didn’t grow nearly as much as I had hoped (like website visits, because I wasn’t consistent with new content).
Speaking of that, let’s talk about the things that were successful in 2016, and then some lessons learned.

Things that were successful.

Group Growth
As mentioned Above,  the Facebook Group has been growing steadily and there have been so many great conversations about SEO and marketing over there. I’m extremely happy with how that has gone in 2016.
Trip to WPPI

I went to WPPI for the first time in 2016. This was also my first trip to Las Vegas.
Going to WPPI was one of the best things I’ve ever done for Fuel Your Photos. I literally spent every possible minute in the tradeshow meeting other photography influencers and service providers. Just hanging out at the tradeshow allowed me to meet some of the people that have become my closest friends in the industry. I got to met and hang out with Melissa Love, Jared from ProPhoto, Todd Watson, Benjamin Turner, Scott and Erick from Imagely, Christine Tremoulet, my friends at ShootProof, new friends at Animoto, and SO many others.
Showing up and talking about my plans was important in letting people know that I was serious. Those meetings have turned into friendships, partnerships, opportunities, and more. I’m looking forward to many more years of getting to know these people.
Speaking – SC Photo Con and Focus
I had a blast speaking about SEO at the SC Photo Convention in Charleston.

And also at FOCUS in Orlando.
Such an honor to speak alongside such amazing people. I learned so much, and I felt that it went well considering this was only my second and third time speaking in front of large groups about photography. I have alot to learn, and hope to find new opportunities for speaking in 2017.
SEO Guide
This was one of my favorite things I worked on in 2016.

The SEO Guide is an approximately 10,000 word guide to SEO for photographers.
It covers most of the basic things that photographers need to know to get started with SEO, and links out to other important resources for learning SEO.
It had almost 200 social shares and helped lots of people get started working on their SEO.

Building a Divi Child Theme
I’ve always wanted to build a WordPress theme for photographers, and in late 2015 I decided to try building a Divi child theme for photographers.
I did create one, and used it on several sites, but it just wasn’t enough to get excited about. Not to mention, eventually Scott convinced me that if I was going to build something, I should be do it the right way.
So I scrapped the idea of doing a Divi child theme and decided that eventually I’d build my own theme.
I’m happy to say that that theme is currently being developed and tested and I’ll be giving this another go in 2017. I’m not trying to create something big to compete with the likes of Flothemes, ProPhoto, Imagely and Divi. I’m just trying to create something that is well coded and easy to use. I’d consider it a personal project that will hopefully also be useful for some other people as well.
Growing on Instagram
I tried multiple times to get something started on Instagram and just never stayed consistent with it. It isn’t really my favorite platform, but I think the people I want to reach are there on a regular basis and I need to spend more time growing that audience. For 2017, I have a new strategy that will hopefully help with the Instagram growth.
Keeping the site updated
In 2016 I had big plans for content I was going to create for Fuel Your Photos.
While I did create some great content, I totally missed the mark for what I had envisioned.
In 2017, I have a new plan to stay consistent with the most important content, and I’ve already started working on the framework that will allow me to stay up to date!
Beta Membership – Woodshed, The Ignition Point
I had the idea of starting a membership in 2015 and started a very small mastermind group. It wasn’t very organized and fizzled out pretty quickly.
I then decided to turn that into a paid membership where I would release premium content, and that worked well for a while, but the numbers didn’t get quite high enough to keep everyone engaged. Then when I met Ben, we decided to merge my membership with his and try to promote it together. We also started working together on done-for-you SEO services (I joined his team).
While that went fairly well for a few months, there was still something missing. We also got extremely busy with client work and other changes in the business. We decided to shut down The Ignition Point and try something different.
For 2017, we are separating Turner Web Services and Fuel Your Photos again and each will have some sort of education element, but Turner Web Services will focus mostly on doing done-for-you SEO for photographers.
Ben will continue to offer his course “The SEO Academy.” The course is a step by step guide through the process used at Turner Web Services to do SEO for clients.
I (Corey) will be starting a premium membership for Fuel Your Photos. My first course “Well Oiled Website” will be the initial flagship content and will walk you through everything you need to know to get more clients from your website. We’ll cover the things you should write on your site, the pages you should include, setting goals, how to do SEO, how to track your results, and the things you should be doing every month to make your website bring in a steady stream of new clients. This community will also have built in support and my main goal is to help people get results.
This membership will be my primary focus for 2017.

There are some big things coming for Fuel Your Photos in 2017. I don’t want to over promise and under deliver, but here are a few general things you can expect to see.
2016 has been a great first full year for Fuel Your Photos, and I’m excited for all that 2017 has in store. I can’t wait to get to know more of you and help you grow your business with smart marketing and a well oiled website!

This is part 2 in a 3 part series about finding the best keywords for your photography business. If you haven’t read part 1, start here: Photography Keywords: Part 1 – Head Terms with Local Modifiers Now that you have found your head keywords, it is time to find the keywords that fall into what…

So far we have talked about photography keywords that are directly related to your business and what you do. The keywords on your list up to this point were easy to pick because we could get information about how often people searched for those terms. However, those terms are also likely to be fairly competitive… 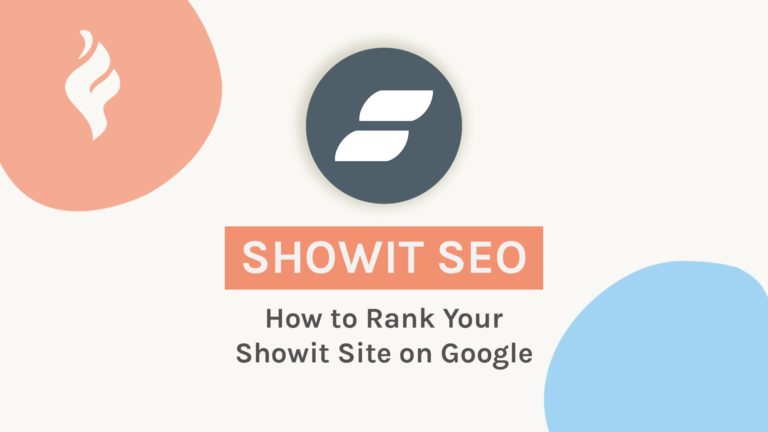 Showit is a website platform specifically for photographers, and is known for making complex design much easier with a simple drag and drop interface. Because of the easy editing interface, beautiful pre-made templates, and a support team that makes it easy to get started, Showit has become an extremely popular photography website platform.  In this… 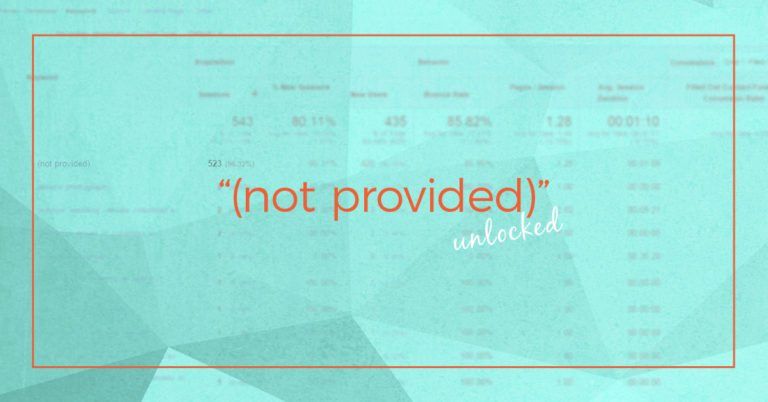 If you’ve ever used Google Analytics and tried to figure out which keywords people are using to find your site, you’ve probably encountered the frustrating “(not provided)” keyword. In fact, this accounts for almost 100% of traffic on most of my sites, and probably yours too! This data is hidden for all searchers using a… 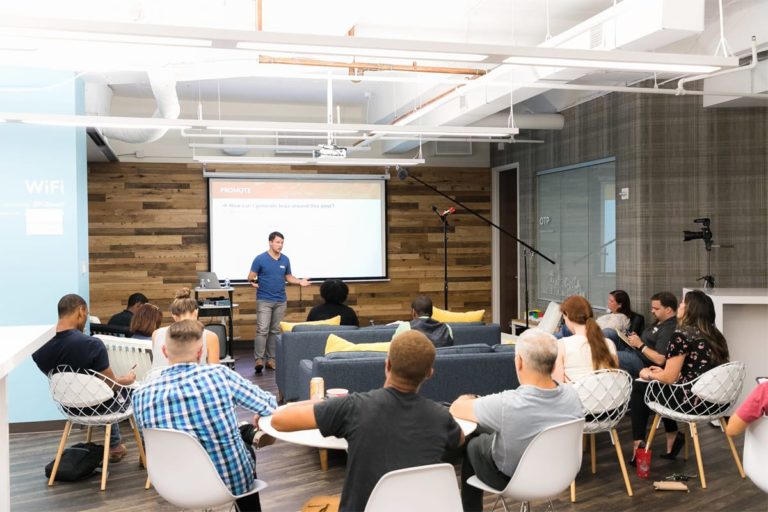 Wedding Photography Blog Post Ideas If you’re learning SEO, you’ve probably heard the phrase “content is king/queen”. Yes, it is a fairly true statement, but how does it help you create content ideas for your photography blog? We made this quick list of our favorite blog post prompts. We’ve used many of these on our… 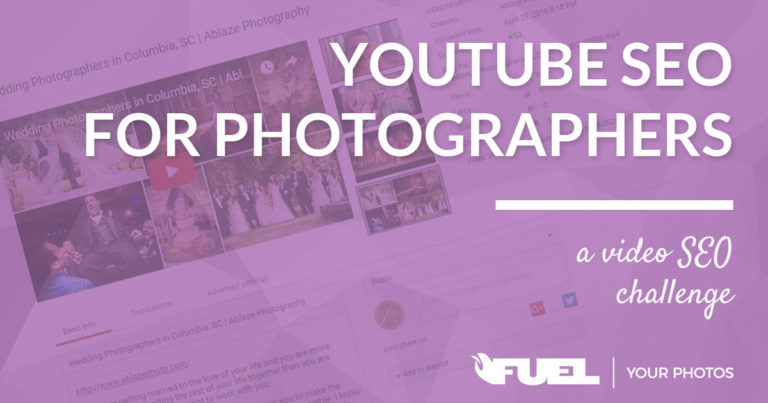 I’ve talked about videos being powerful for SEO before, but today I’d like to issue a simple challenge so that you’ll be motivated to take action! But first, let me give you a few quick reasons for using YouTube to improve your SEO. Right now, YouTube is wide open in most photography markets, even for…